Larry’s Cantina at 11-13 North Portage St is a Westfield icon and a throwback to another era.  The large sign outside that spells out LARRY’S is a beacon to the hungry and thirsty.  The sign that was once electrified indicates the kind of place you will enter.  The décor inside is comfortable and welcoming, nothing glitzy or glamorous, just  as is what is.  Cash is the currency here, no new fangled credit/debit cards and no checks.

Jon and Crissy (Ptak) Coe have owned and managed the popular watering hole for the past seventeen years and wouldn’t change a thing.  Jon pretty much grew up here, literally.  His father, also Jon Coe, owned the business for the twenty years prior to Jon and Crissy.  The elder Jon Coe had also spent much of his life in the bar when his mother, Mable had owned it for the twenty years before he did.

Larry’s has always been a favorite hang out for people of all kinds.  To quote long time Westfield citizen, Rick Mascaro “Larry’s is the melting pot of the world, from rednecks to surgeons everyone comes in here.”  Rick’s sister Joan Caruso concurred saying “It’s a family place.”  Renae and Marty Hemmer meet here every week with a rotating group of friends, “This is just our favorite place.”  Well said!

James, the GM at When Pigs Fly says, “The Clientele is amazing and the beer is ice cold!”  In addition to James a lot of local bartenders come to Larry’s to “chill”.  On a recent visit as I looked around I saw bartenders from When Pigs Fly, The Tap Room, Calarco’s, The Legion and Brazil’s.  Ashley, the bar tender that has worked for Jon and Crissy the past three years says her favorite things about working here are the customers first, the food is great and Jon and Crissy are cool!

Jon considers himself a simple person, when asked what he does for fun the only thing he could think of besides work is golf.  Truth be told, golf comes first!  As for Crissy she works, she works hard and has a great camaraderie with the customers.  Her one liners can put a smile on your face or put you in shock! Crissy handles almost all of the cooking and her wings are known far and wide as the best!  Jon handles the bar, slinging the drinks and the wise cracks.  They are long time members of the Westfield Barcelona Chamber of Commerce “because it is what you do.”

Family is important to both Jon and Crissy.  Jon’s father and his wife Lynn live in Westfield, as do his mother, Gayl Larsen and his brothers Daryl and Darren.  Crissy’s brother Mike and his wife Robin Ptak are also nearby. 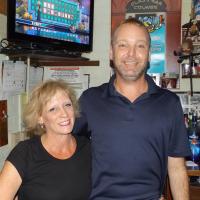 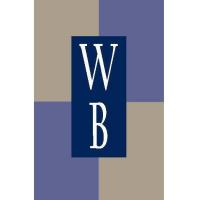