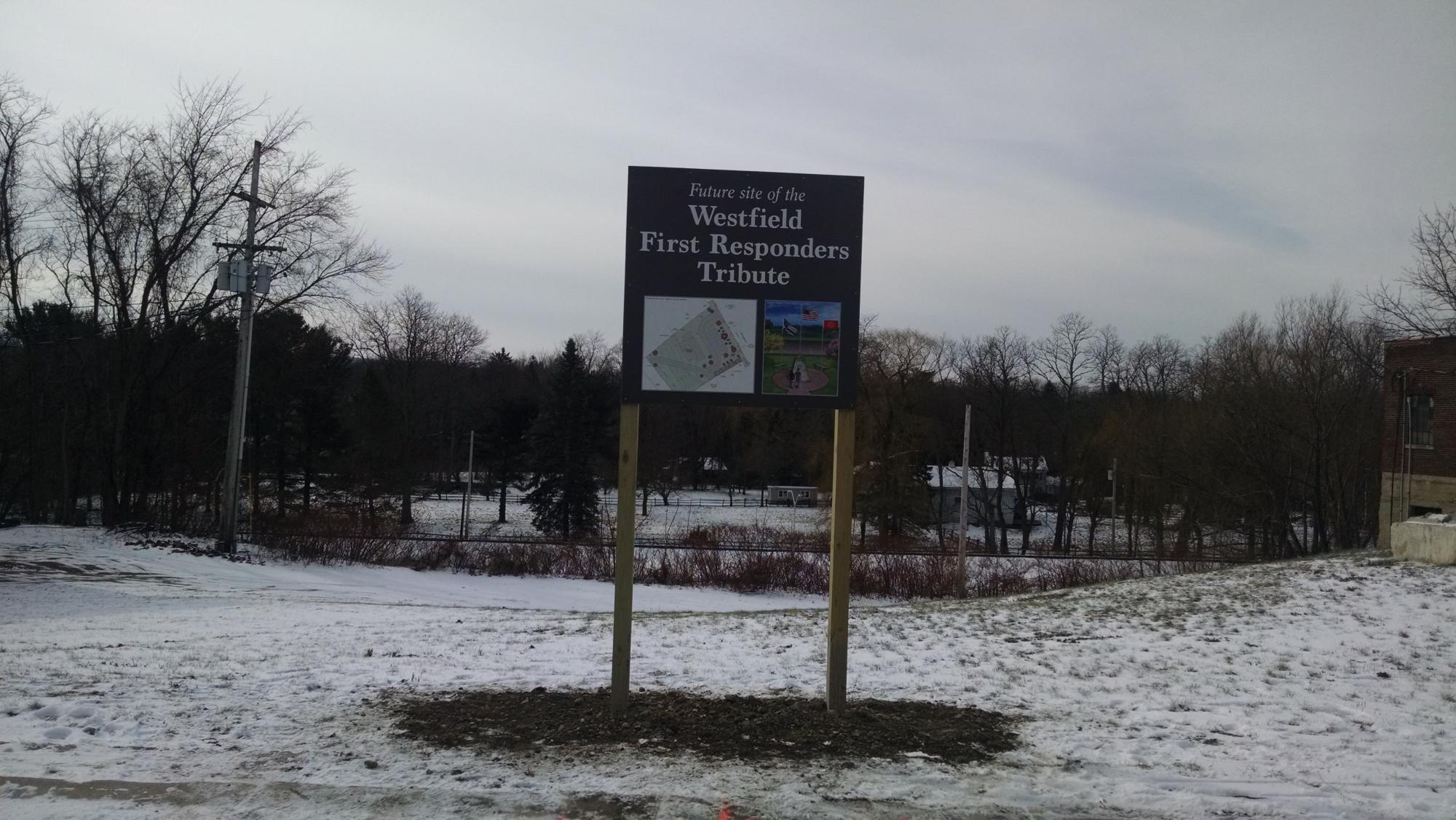 In the summer of 2017, a small group of citizens gathered to discuss the feasibility of a tribute to our community’s First Responders. The result of that meeting was a resounding “yes”.  Two years and many more volunteers later, that tribute is about to become a reality. A dedicated group of almost 30 local citizens have been meeting and planning for a fitting tribute to those who serve and who have served Westfield as police officers, firefighters, and emergency medical technicians.

The site of the original Westfield Fire Hall, 18-28 North Portage was available since the Portage Inn that had occupied that address was no longer standing. This property was already part of the plan for development as an access to parking and the gorge.  It was agreed that this would be the appropriate place for the tribute. The tribute will be an eight foot tall obelisk constructed of concrete and metal covered with stone from Coronado Stone of Westfield.  It will sit at sidewalk level on a 35 foot round brick pad. The tribute will have a black bell on top, donated by Dave and Sandy Brown, surrounded by the American, Police and Fire flags. On the obelisk will be the police and fire departments prayers and badges.

After a ground breaking ceremony in May work began in earnest. Construction of the retaining wall and the pad for the tribute are now in place. There is still much work to be done before the dedication that is set for 2:00 on Saturday September 7, 2019.

First Friday on September 6, 5-8 , will kick off the First Responders Tribute weekend.  The Westfield Barcelona Chamber of Commerce will have fire helmets and badges for children while supplies last.  It is hoped that families will come dressed with the hats and badges for the parade and dedication on Saturday. The dedication will include a parade of First Responder vehicles, color guard and other civic  organizations. The parade will begin at Westfield Family Physicians parking lot and continue down Main Street turning onto Portage to the site of the tribute.  A reception is to follow the ceremony at the Fire Hall on Clinton Street. The committee would like to thank Cakes by Brandy for donating a cake for the party.  Everyone is invited to celebrate the tribute and to give thanks to our first responders that give a great deal of time and effort to keep us all safe.

This project is totally funded through donations from companies such as Coronado Stone, and Jack’s Welding. Many people have donated through the Go Fund Me account which is still ongoing at www.gofundme.com/westfield-first-responders-tribute, some have sent cash and others have ordered commemorative bricks. The bricks may be ordered by sending the brochure or a note to Northern Chautauqua Community Foundation at 212 Lake Shore Drive West, Dunkirk, NY 14048. The bricks are 4x8 for $50, 2 lines up to 12 characters each line or $100 for an 8x8 brick that can include a logo. Contact Sue Poster at 248-830-6058 or Marilyn Hemmer at 716-753-6043. Donations will be needed to fund the project and for upkeep and maintenance.

All donations are welcome and gratefully received.  The funds are managed by the Northern Chautauqua Community Foundation, 212 Lake Shore Drive West, Dunkirk, NY 14048, (716) 366-4892 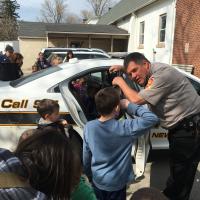