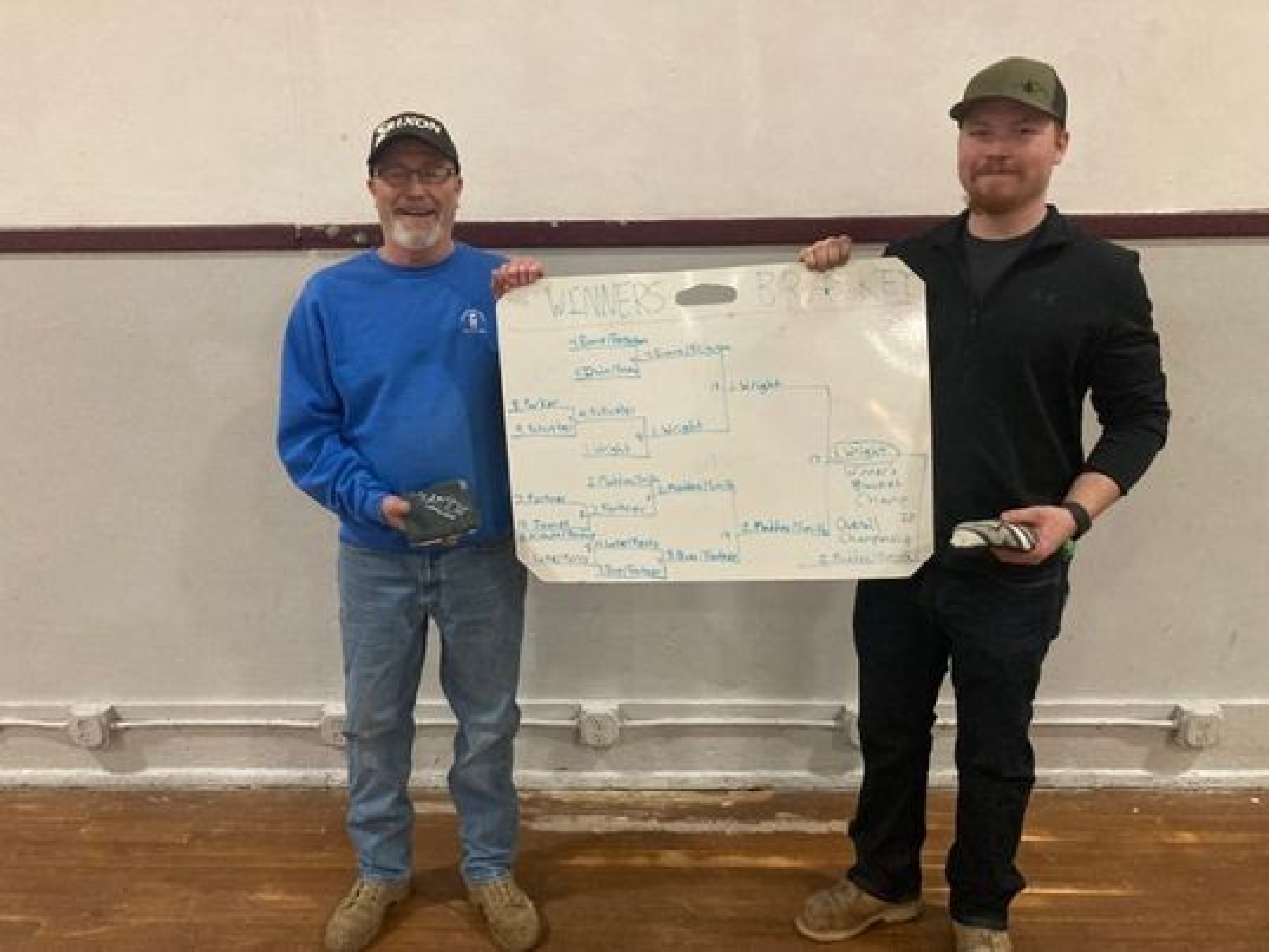 Congratulations to Barry and Tyler Wright for being crowned the champions of the 2022 winter cornhole league in the Westfield Rec. Dept. This is the second championship for the Wrights. Their first championship was in our spring session of 2021. For the season, the Wrights had a record of 15-1, and never lost a match when both Barry and Tyler were there. They defeated the team of Herb Maddox and Chandler Smith in the championship. Maddox and Smith finished the season with a record of 14-3 and won the loser's bracket. They pushed the Wrights to the limit as the match was tied at 20-20, before the Wrights were able to win the match and the championship. Thanks to everyone for a great season! Our next session of the adult cornhole league will begin in mid-October.