Board meetings are on the third Monday of each month at 7:00 p.m. in the North Room of Eason Hall, 23 Elm Street. If a meeting date falls on a nationally recognized holiday, the board meets the next day on Tuesday. Special meetings are published in the Westfield Republican or Evening Observer. All meetings are open to the public. Citizens are welcome and encouraged to attend village board meetings in order to take a more active role in their local government.

The Mayor is the Chief Executive Officer of the Village and is elected for a two-year term of office in Westfield. As an elected official, the mayor has a number of statutory powers by virtue of NYS Village Law §4-400. The Mayor typically presides at the meetings of the board of trustees and in all instances the Mayor’s vote is counted as one vote and is equal to the vote of any trustee. In the case of a tie, the mayor is mandated by law to vote. The mayor of a village has no veto power over legislative action of the board.

One very important responsibility of the Mayor is the ability to intervene in any and all actions, at the direction of the board, when and where deemed necessary or appropriate to protect the rights of the village and its residents/inhabitants.

The mayor is also charged with the responsibility of enforcing all laws, rules, and regulations and to cause all violations of these regulations to be prosecuted. Like many other villages, Westfield’s Mayor has delegated many of these responsibilities to the Westfield Police Department, the Westfield Code Enforcement Officer and other subordinate officers like the Dog Control Officer.

Unless specifically delegated to other authorized village staff, the Mayor serves as the village’s budget officer and chief negotiator during the collective negotiations process. The mayor has the power to declare local emergencies and to engage the resources of the village when necessary to mitigate the loss of life or property during hazardous or emergency situations. *

The legislative body of the Village is composed of the mayor and four board of trustees. Each trustee is elected for two-year terms of office and every year, two trustee seats are up for election. In other words, their terms are staggered.

NYS Village Law §4-412 sets forth the general authority of the board. The following excerpt provides a good understanding of the broad type of authority granted to the board of trustees. “In addition to any other powers conferred upon villages, the board of trustees of a village shall have management of village property and finances, may take all measures and do all acts, by local law, not inconsistent with the provisions of the constitution, and not inconsistent with a general law except as authorized by the municipal home rule law, which shall be deemed expedient or desirable for the good government of the village, its management and business, the protection of its property, the safety, health, comfort, and general welfare of its inhabitants, the protection of their property, the preservation of peace and good order, the suppression of vice, the benefit of trade, and the preservation and protection of public works. The board of trustees may create or abolish by resolution offices, boards, agencies and commissions and delegate to said offices, boards, agencies and commissions so much of its powers, duties and functions as it shall deem necessary for effectuating or administering the board of trustees duties and functions.”

This extremely broad granting of power enables the Village Board to adopt a wide range of local laws to address village concerns, as long as the action taken is not inconsistent with the constitution or general laws of the state. 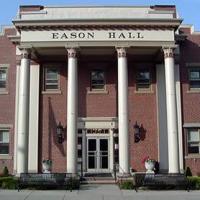